The Marais Project’s 3-year musical exploration of Tommie Andersson and Jenny Eriksson’s Swedish heritage comes to a head with the launch of this beautifully recorded CD, titled “Smörgåsbord”. Every piece on this CD is an Australian premiere. The repertoire spans from gorgeously arranged folk songs to the wry humour of Carl Michael Bellman, a sonata by Swedish baroque master, Johan Helmich Roman, a trio sonata by Marais and even a pavane by Swedish jazz super stars, e.s.t. The concert is rounded out with the premiere of an Australian folk song suite arranged by Mara! member, composer and Marais Project producer, Llew Kiek.

Tickets via The Independent – http://www.theindependent.org.au/ 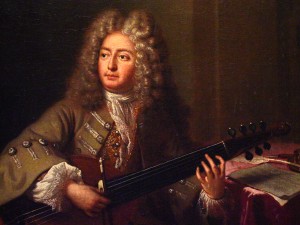 Concert 2 – Marais and the operatic muse

Jennifer Eriksson has developed and presented no less than four “child friendly” operas for the Musica Viva in Schools program over the past 25 years. Drawing on this expertise, The Marais Project turns their attention to Marais’ long-neglected operas which in their time were much acclaimed at the Court of Louis XIV. On the menu will be excerpts from Marais’ best known opera, Sémélé and a cantata by another favourite composer, Michel Pignolet de Montéclair. Regular Marais Project soprano and French music specialist, Belinda Montgomery, will be joined by up and coming baritone Alexander Knight for an afternoon of the kind of musical rarities The Marais Project is renowned for.